On Tuesday 13 October, SETsquared Bristol and Engine Shed were delighted to host their third ‘Inspiring Women and Girls In STEAM’ (Science, Technology, Engineering, Arts and Maths) event, in celebration of Ada Lovelace Day. 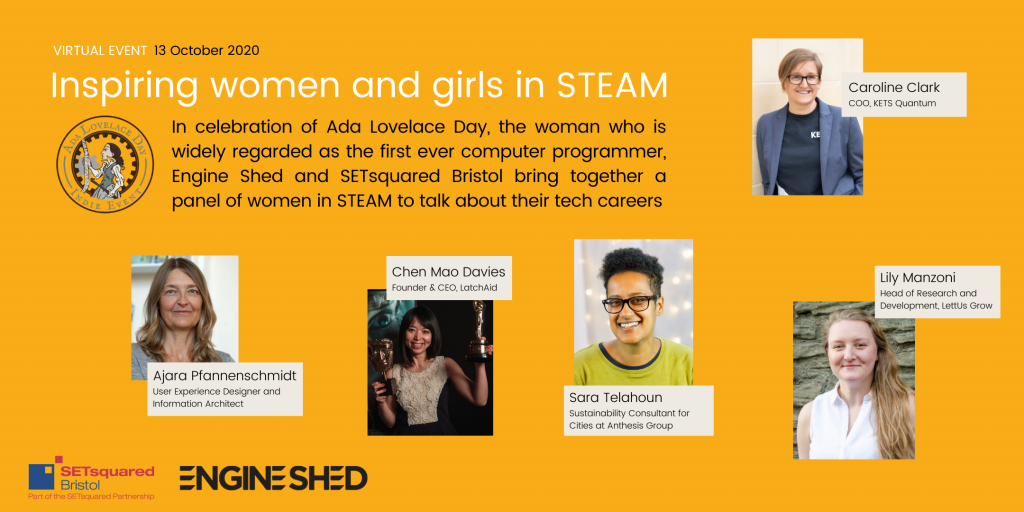 Ada Lovelace, a 19th century mathematician, is widely credited as the first computer programmer, and best known for her work with Charles Babbage to develop the ‘Analytical Engine’ computer.

The virtual event saw a diverse audience, including teachers and schoolchildren, come together to listen to a panel of women in STEAM talk about their careers, ranging from sustainability consultant to company founder.

The panel were asked questions ranging from ‘what global issues can tech solve?’ to ‘what advice can you offer teachers to encourage girls to choose STEAM’? 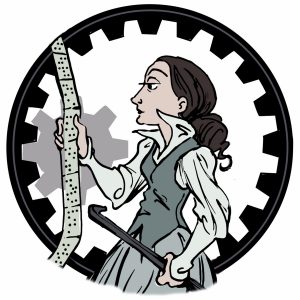 Their stories illustrated that they all came into tech and coding in different ways and times but valued their jobs for their diversity of topics and skills and ability to make good change in the world.

When asked what one piece of advice they would offer for girls to get into tech, Lily said “As women are not represented well in STEAM, you have to really go for it and be confident”. Chen spoke about not being afraid of change and trying something you’ve never done before, acknowledging that she set up a new business with a 9-week-old baby and had to ask lots of questions before she eventually became a business woman.

The event concluded with Caroline encouraging the teachers in the audience to expose and inspire schoolchildren with current examples of women in tech who are solving global issues.

Lorraine Fairbanks, Partnerships Manager, said: “Engine Shed is committed to supporting a diverse workforce for the future. This event, with its inspiring line-up of women speakers, was an inspiring demonstration to girls, young women, and those early on in their career, that tech and entrepreneurship are exciting and accessible career paths.”

The event was followed by a free Python poetry generator coding workshop by University of Bristol Digimakers team.

To find out more about SETsquared projects and events, sign up to receive the monthly newsletter.

Welcome to returning members and new tenants to our office space

25th November 2020
The lifeblood of growing a business isn’t only the access to world-class business support, but also the access to a supportive community, valuable network and…